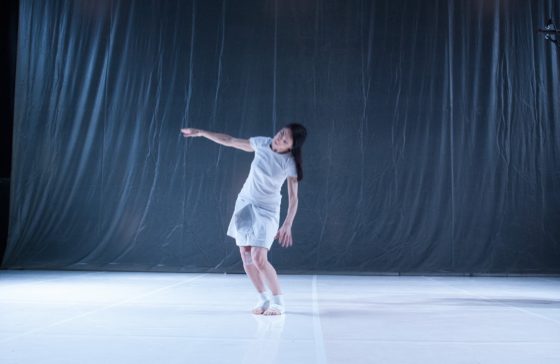 “Very special is the evening offered by the Sabao Steam Laundry 11 April 2015. (…) Created and re-invented for very different spaces, Mapping, a show that won the first edition of Motori di Ricerca, this year, with the sensitivity of curator, opens a new mapping of Lavanderia spaces. Rehearsal rooms, locker rooms, showers, dressing rooms, are the locations in which the art is revealed, giving the evening the quid of originality. A path marked by water and its creatures, an immersion in the second natural element and in its liquid lightness in the discovery of irony and nonsense. (…) So many suggestions that give the evening not a passive or frontal fruition but active and participatory, engaging. Especially when, once all gathered around what is usually the stage in the final and choreographed moment of Marasso, through the words on the screen we are all invited to bark, mew, fall, follow others like in a pack. In short, everyone shares the same magical game of art”.
G. Bertuccio, WhipArt.it 2015