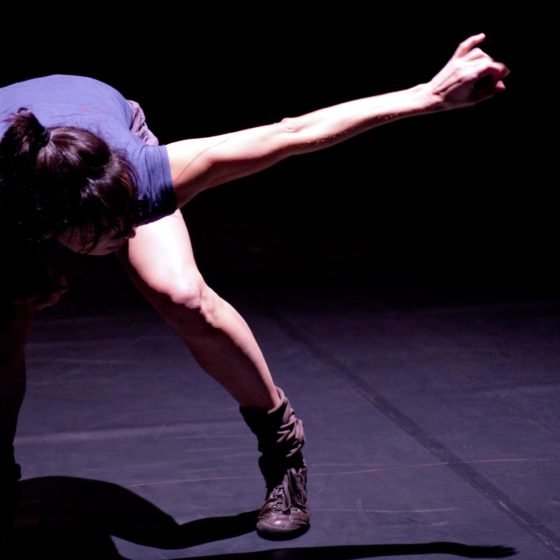 “If the previous work is dominated by silence, here the notes by the contemporary music composer Gianluca Porcu support the apparently disordered movements of the arms, which for once are the real protagonists of the choreography. They lead the dancer through the scene, dragging her body and setting new orientation and dis-orientation points. All in all the show spurs out of an approach committed to research to which the public showed its full appreciation”.
Napoli Teatro Festival, Teatro.org, 2011

“Soluzione parziale a problema transitorio by the choreographer Sara Marasso is an accurate solo from a sensitive artist that deeply investigates the driving forces, the tracks and the reflections of her own movement. Do not repeat for her the usual definition of “emerging choreographer”, Marasso is rather an artist ready for an high stature and an amplitude career paths”.
C. Castellazzi, Tuttodanza, 2010