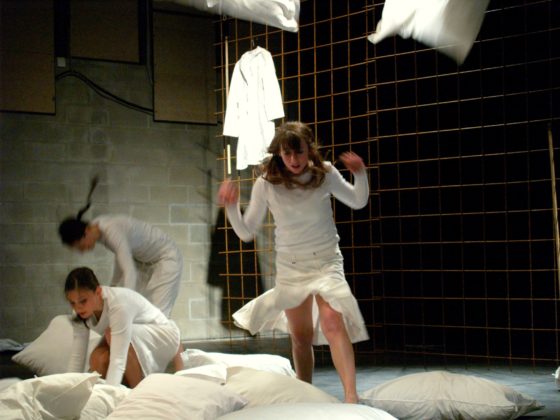 In work of initial exploration I looked for ways and means of taking care of themselves through movement, a dance that was a letting circulate and move within the body.
Imagination of sirens, heroines, goddesses, I found some design, recognizable traces in words and concrete, daily, bodily images for a survey about living.
Some parts of the body have purchased value of signs and a female body comes out, far from the diaphanous and static purity, and from the sexually undifferentiated. A body that eventually discovers and shows tenderness as something that is not always and not only as soft as a pillow.

“Where you show yourself tender, you identify your plural.”
R.Barthes