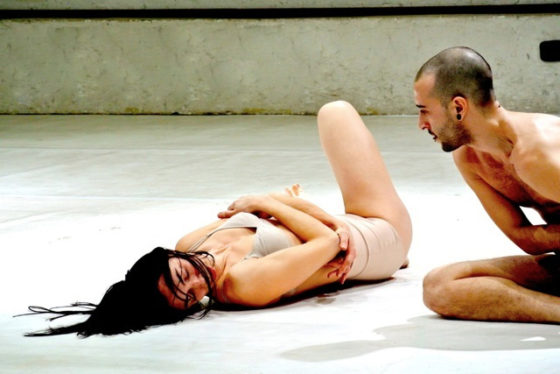 When I dance I dance. When I sleep I sleep

The main theme of When I dance is the word that we would say but we don’t in order to leave space for the body’s language and movement.
On the scene we try to give a place to the word in a transversal and indirect way, through the recorded sound or through the written sign. This way we permit ourselves to be clumsy and out of place when we open our mouth like when we try to explain something but with any necessity of it.
So between the necessity of saying and the necessity of silence we play with words, moving between daily gestures and abstract signs in order to simply highlight, through the dance, the refined animal called human who is taken in his need of producing an open sense about the variety of meanings and about the fragility of hearing.