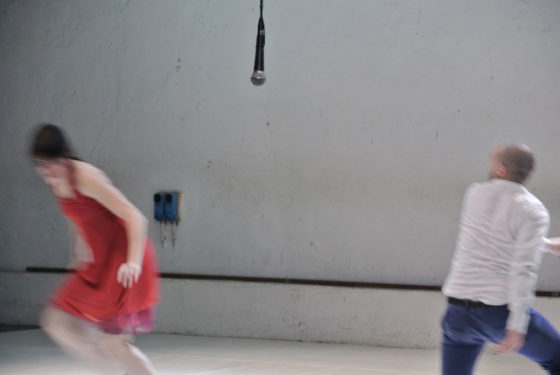 “When I dance… is an evolution from an introspective approach of a solo to a duo, as the core of interpersonal communication. However, don’t get tricked by the word, excluded with a sense of humor in this choreography, it’s role is only to play a game: “when I dance, I dance.” The dance and its artistic canon remain at the center of this composition where the body takes a speaking part”.
C. Castellazzi, Tuttodanza, 2012

“The project “When I dance, I dance. When I sleep, I sleep” emphasizes the consideration of dance as an independent scenic sign able to elaborate a sufficiently fluent language that doesn’t have to compete with others in order to tell a story”.
Tuttoteatro, 2012