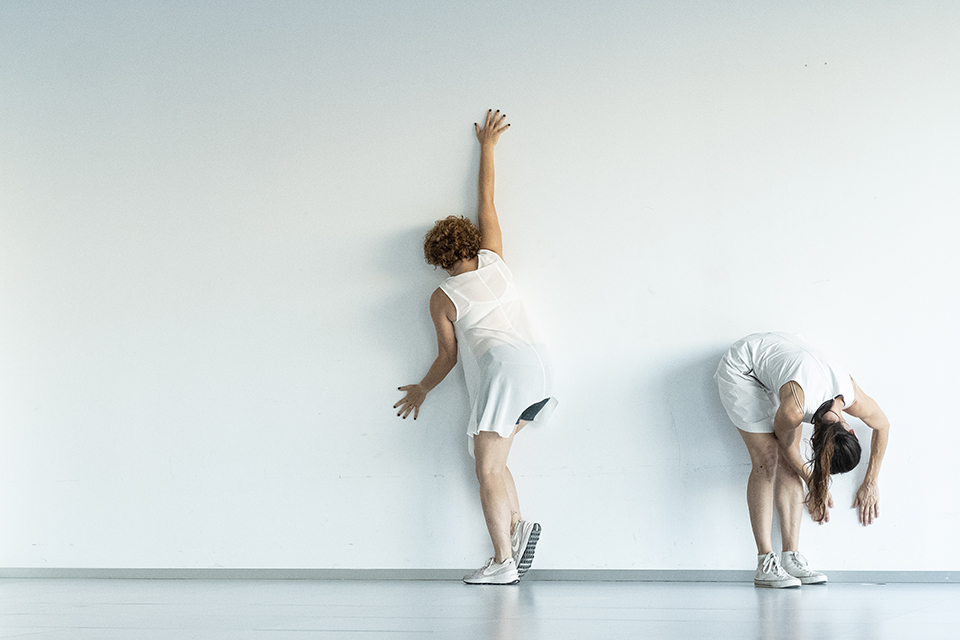 What’s beyond the wall?  It’s the question that accompanied us during each stage of a month-and-a-half-long journey by train across Mediterranean Europe to the west, which we started on 21st August 2022 and from which we recently returned. It has been an intense journey that brought us together with so many beautiful people and many stories and that we would like to continue with you.

This newsletter is an invitation to participate, to send us your words and images around the wall. As a limit that divides space and interrupts our daily routine: a way to talk about all of us, about the isolation in which we live, about the possibilities of imagining and acting a future in such a complex and challenging time. Transforming the inability and impossibility to see and move as an opportunity to stop, slow down, reflect, return to sensitivity, contact, imagination, open communication…

What’s beyond the wall? What images, emotions, words do you find beyond it?

an open space for sharing the project JOIN IN! write it in your language! 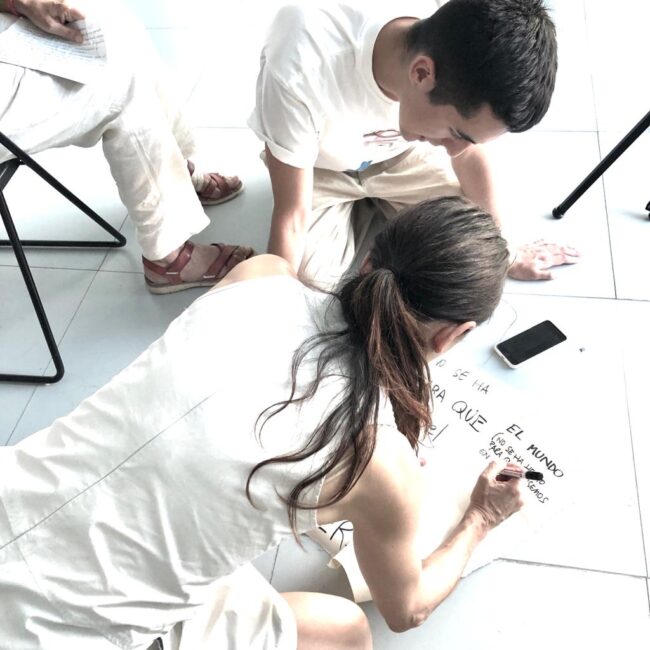 The journey of Wall Dialogue Resistance 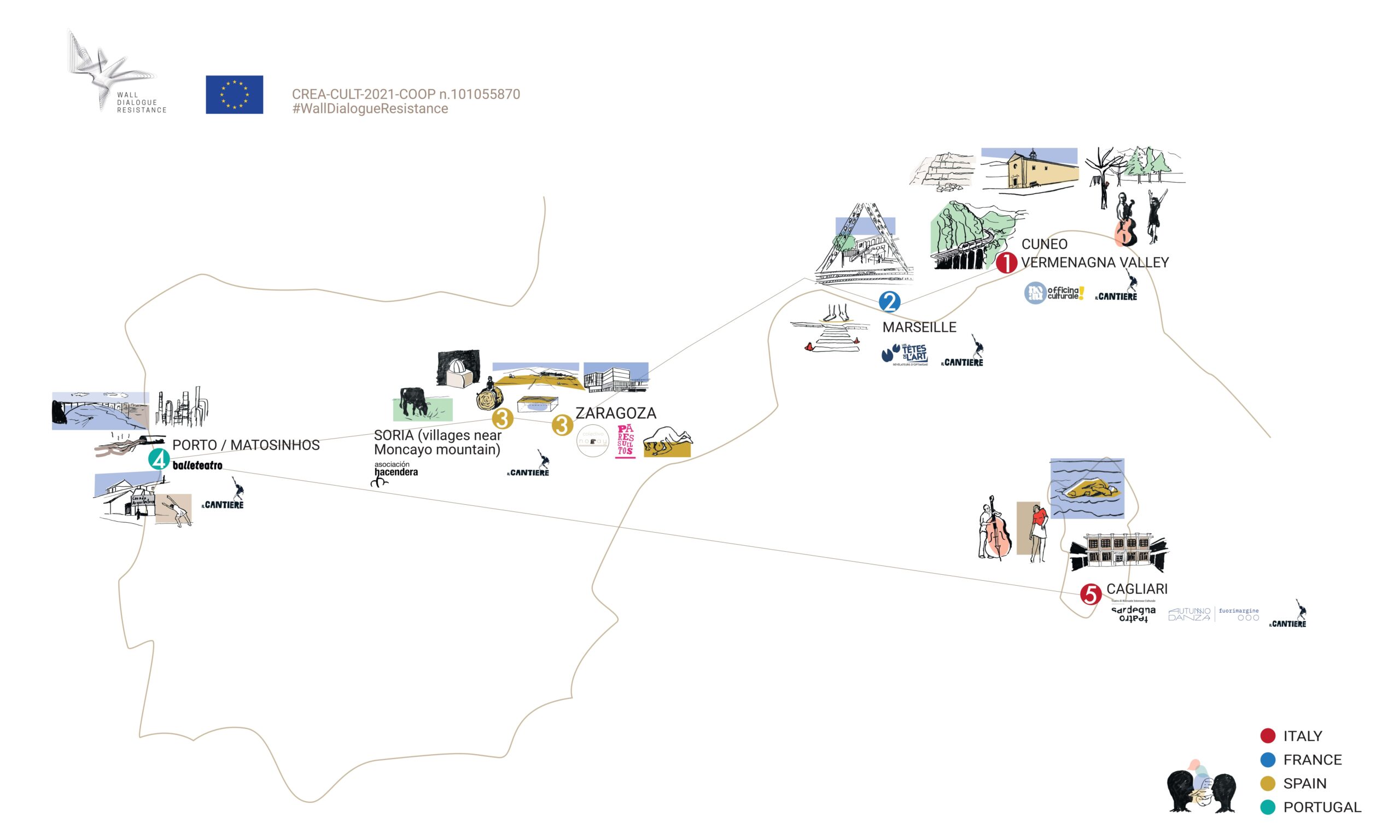 Click on the titles to open the full photo galleries: 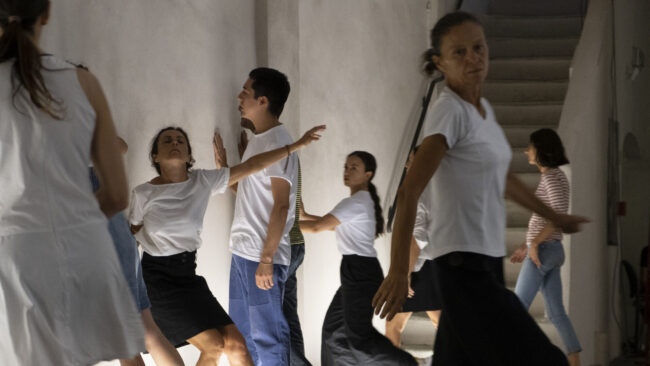 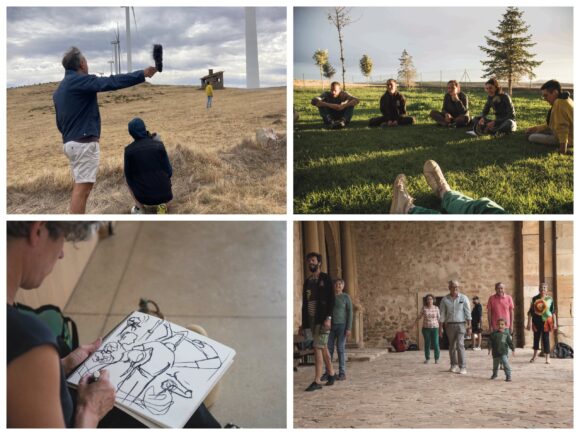 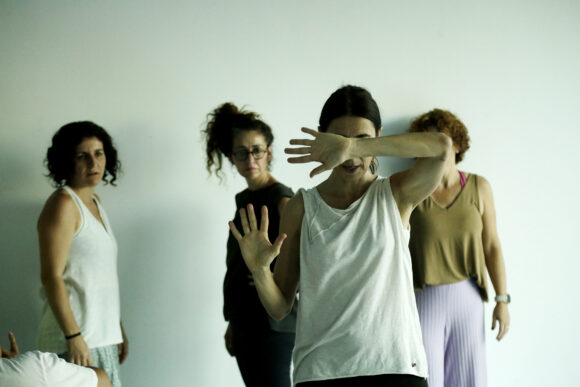 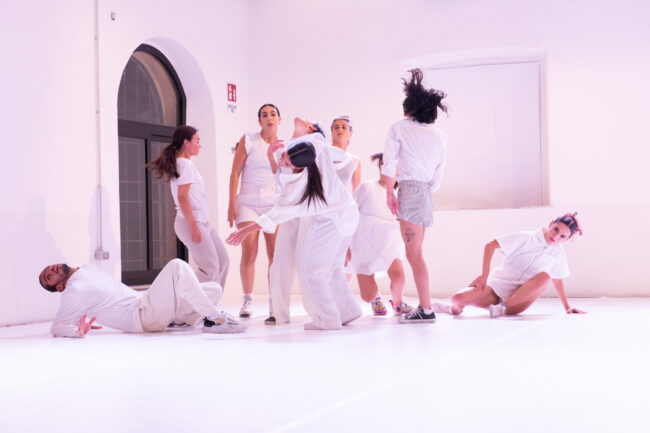 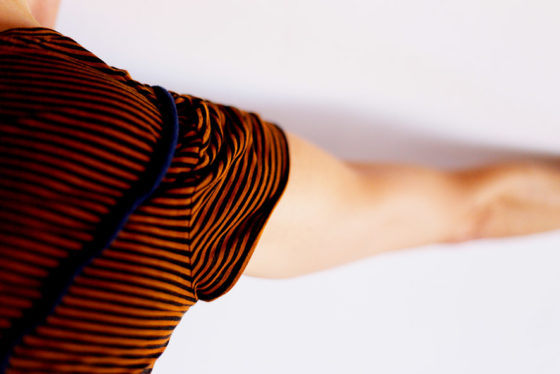 Registration by Dec 12
Promotion for registrations by Dec 4 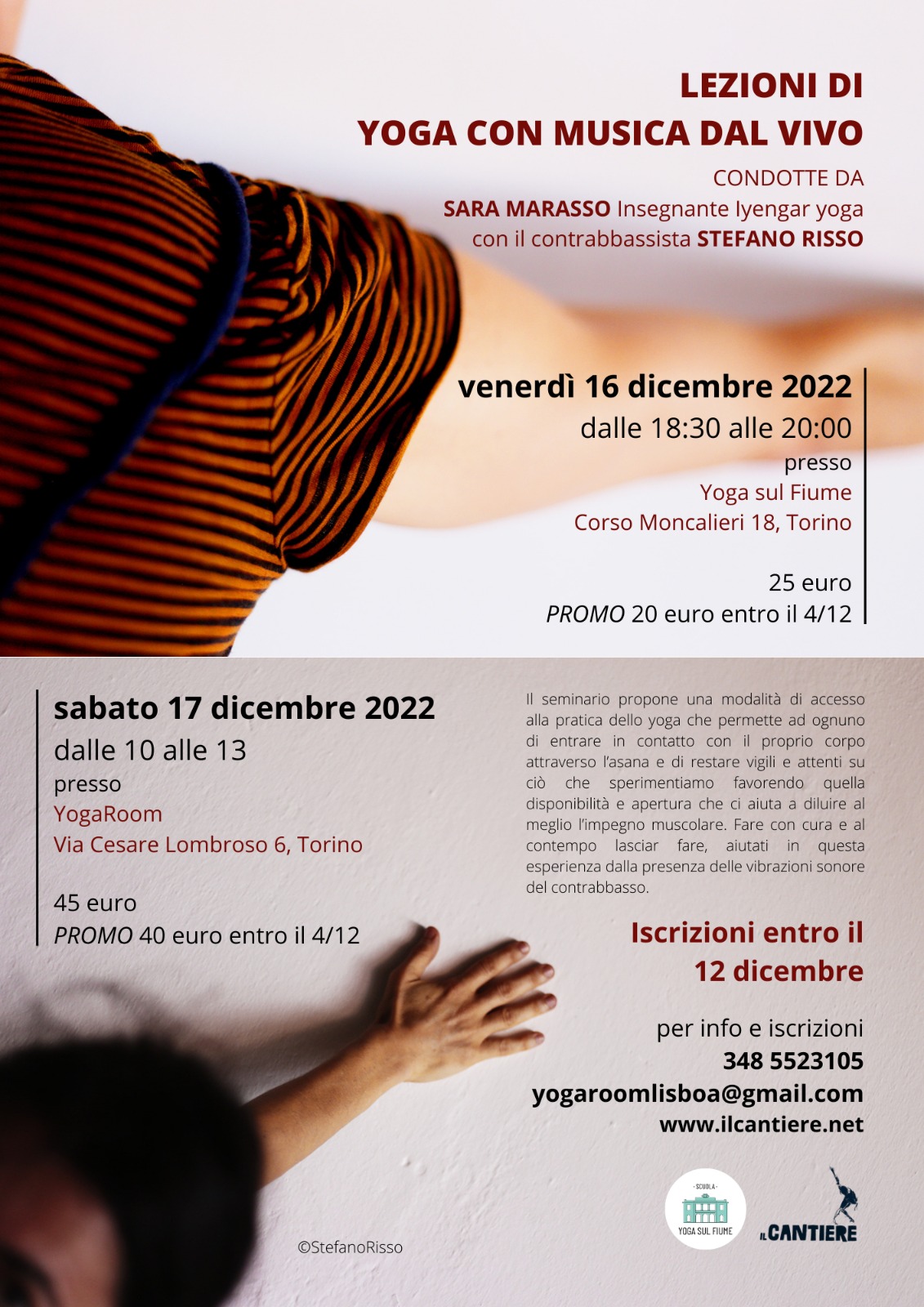 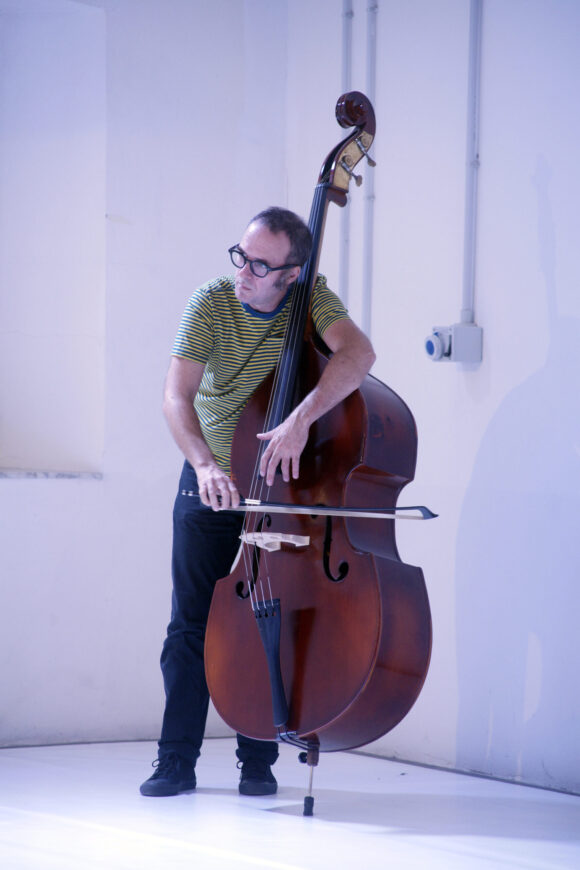 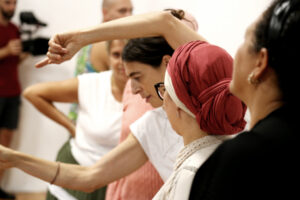 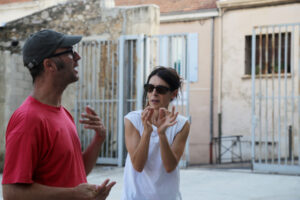 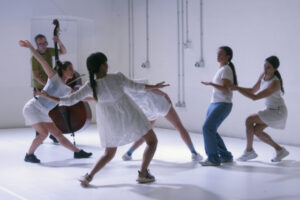 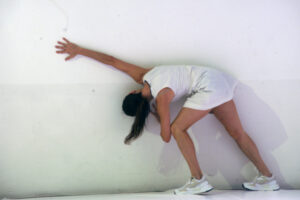 We met people, discovered places, tasted territories and cultures, played, laughed, experimented and reflected around the concept of the WALL, and then, in a few days of residence, at each stage built and staged a performance. 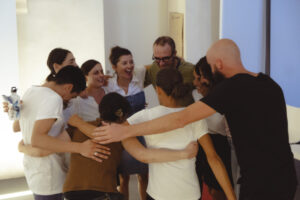 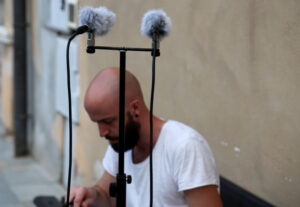 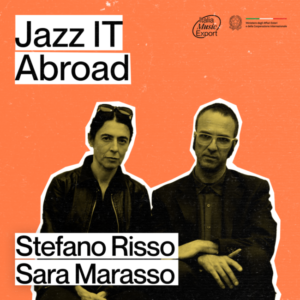 we have been selected by the Call Jazz IT Abroad, a project promoted by the Ministry of Foreign Affairs and International Cooperation (MAECI) and managed by Italia Music Export, which provides artists in the jazz field with support for concerts performed abroad. 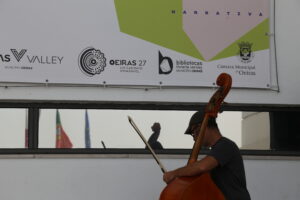 Stefano and Sara travelled into the deep Portugal to bring to people in different cities a performance-game with sound and visual signs  that leads people into an immersive and ludic experience. 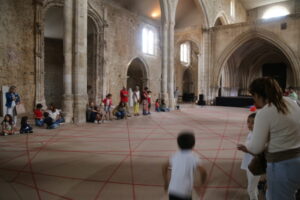 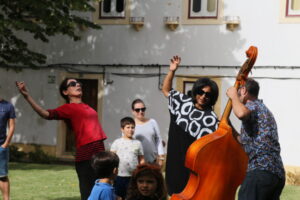 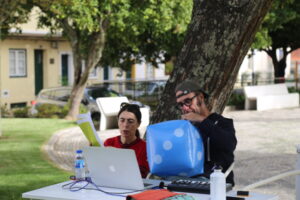 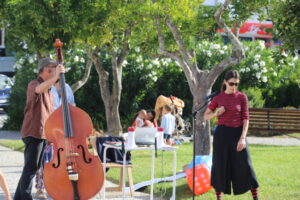 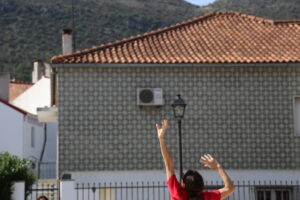 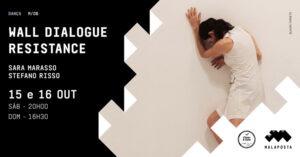 Wall Dialogue Resistance is a project that is expanding and that makes us discover how much being  going deep into a research brings out unexpected and unthought of nuances. Wall Dialogue Resistance from 2019 until today has become multifaceted and vital, so much that finding ourselves at the Malaposta Cultural Centre in two is like a return to the origins, to the first residency in Faro where the idea was explored for the first time.

Voices Michele di Mauro and the participants of each residency

The project Wall Dialogue Resistance in its European and itinerant version has been selected by the European Creative Europe programme.

After its birth in Faro and its development in Bologna, Rome, Cagliari and Livorno is for us an important achievement, beautiful and frightening at the same time, but we are very happy and would now like to present the project in its entirety, made possible thanks to the teamwork of many people!

THE PROJECT
The project WALL DIALOGUE RESISTANCE, co-funded by the European Union within the Creative Europe programme, led by Teatro di Sardegna as main partner and with the artistic direction of Il Cantiere – Sara Marasso and Stefano Risso, aims to recreate a different way of experiencing public space through direct and indirect involvement of the audience in the creative process, describing a landscape and a community through a contemporary interdisciplinary narrative.
The project wants to stimulate the dialogue / participation / interaction of European citizens through a human site-specific participatory approach to the creation in performing arts, to apply the creative process for overcoming separations from each other and to disseminate a methodological creative format to make culture more inclusive.
The structure unfolds through five artistic residencies hosted by the partners involved and realized through a single journey linking them all, which takes place from August 21st to October 1st 2022. The residencies will use action tools such as workshops, thinking laboratories and the popular crossnational game 1,2,3 STELLA!
Each residence will end with a PERFORMANCE as a collective emotional experience of a common space.
After this, a period of reworking and post-production of the multimedia and textual contents produced will follow, and it will include a FILM, a PODCAST, a GRAPHIC STORYTELLING and a PERFORMANCE FORMAT.
The project focuses on the open process, emphasizing the work of questioning and research, on the eco-sustainability and the human impact that will resonate with the people of the four Mediterranean countries involved: Italy, France, Spain and Portugal. 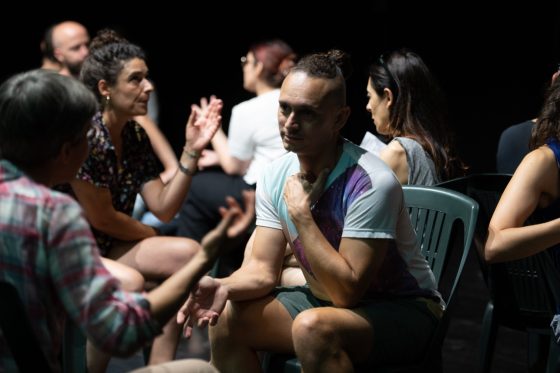 The research, aware about the complex times we are all living, chooses to explore the concept of the WALL as a physical and symbolic guide for a creative process considering the meanings of the words dialogue and resistance from the following perspective:

Wall as a symbol of the spatial and emotional distances existing in human relationships, considering limit related to opportunity

Dialogue as involvement of bodies and voices in relation to the question:what’s beyond the wall?

Resistance as ability to look beyond, to reinforce the tool of imagination, to see a common space that can emerge in all its necessity

The wall relates us to the concepts and questions around balance, freedom and boundaries, offering a practical experience about how verticality can dialogue with the horizontal plan, and how the individual is placed in a space where everyone is connected. The wall with its qualities becomes the tool to explore the resonance, the limit and the quality of the resistance in terms of movement and sound / rhythm recognizing the pivotal role of the body as tool for dialogue and partecipation.

The history of the project can be found here 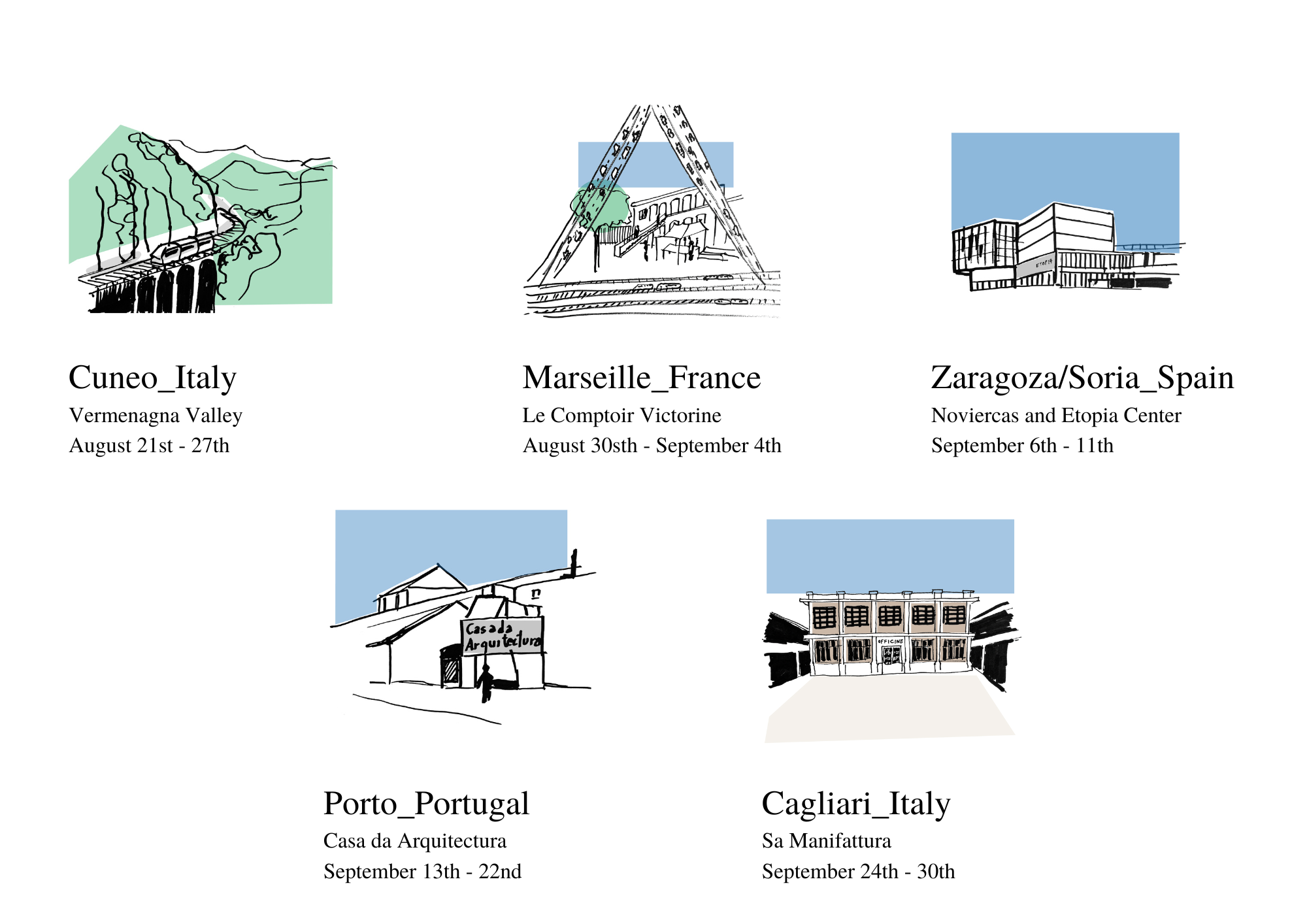 The first meeting of the project took place within the GIORNATE DEL RESPIRO Festival in Fluminimaggiore in Sardinia on fri 1st and sat 2 July 2022, hosted by the project’s main partner Teatro di Sardegna.
Thank you everybody who attended! 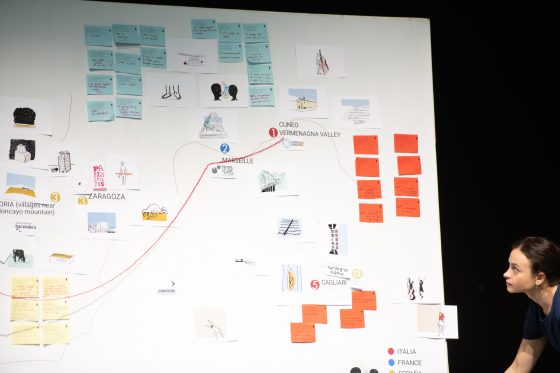 sending...
We use cookies on our website to give you the most relevant experience by remembering your preferences and repeat visits. By clicking “Accept All”, you consent to the use of ALL the cookies. However, you may visit "Cookie Settings" to provide a controlled consent.
Cookie SettingsAccept All
Manage consent